What a week. I’m tired and discouraged. I’m no longer able to enjoy the simple pleasures of life, like roofing or unclogging drains.

BUT…Find an Outlet scores a double! The two dogs my friend Janice rescued from a foreclosed house (see Collateral Damage) got adopted! A lovely woman from Tucson saw the pictures on my blog and drove up here three times. She was only going to take the hound, but when she brought her 11-year-old overweight dog and watched the three dogs romp in the yard that did it. She adopted both dogs and they are living happily ever after in Tucson. I couldn’t be there to see them off so I begged Janice to take a few pictures of the dogs getting in the car and leaving. She promised she would. This is what I got:

Janice doesn't get electronics. She gets dogs. I was so excited when she gave me her camera to take the pictures off...until I saw them—this and two more just like it. My disappointment soon turned to hysterics.

Thank you Janice for all you do. She did all the work, all I did was photograph the dogs. Thank you to Border Animal Rescue for funding the spays.

ARIZONA IS so weird. Every liquor store has a drive-thru window, but I have to park my car and walk to the bank and have meaningful interaction with the tellers to cash a check.

I’M TAKING A BREAK from fiction because the sheer amount of it on the blogosphere is overwhelming me, but here’s an idea for a story:

A Pile for Charlie: About a man who develops an itch in an unmentionable region but becomes intolerable to his family because he refuses to purchase the ointment.

I have a fish story…

It was just a fluke that I met Marlin at the sand bar. He wore his hair in a mullet, but it smelt like scrod. He claimed to be a sturgeon but I never saw him operate on anything but a blowfish. He was such an angler—he reeled me in when he said I was as cute as a sea urchin. He tried to get me to perch on top of him but I told him I had a haddock and he accused me of playing koi. We smoked a salmon and floundered around for a while but he insisted on showing me his pike. I started laughing, you mean your minnow? Good thing he was hard of herring—but he tackled me, got a little roughy and wouldn’t leave my dorsal fin alone. “Don’t clam up on me baby!” he snappered, then told me I was a crappie date. What a crab. What did I expect from bottom fishing? I’m not going to be a grouper to some backwater slippery eel with no sole. Basshole. Give me a tuna-casserole type guy who knows the meaning of the word chum.

Border Animal Rescue is one of the saving graces of our town. They often take in more animals than they adopt. They don’t have a physical shelter and it’s almost impossible to find foster homes, so most of the animals end up at a few devoted volunteers’ homes. These puppies are at Dee's house, the heart and soul of BAR. She fosters many cats, kittens, and dogs. It's extremely hard to say no to people who are about to dump their animals.

The Mexican bird of paradise shrubs are blooming along roadsides everywhere.

The cholla (pronounced (choy' a) bloom in May and they're everywhere. The flowers then turn into those yellow pods.

Cholla buds about to burst. 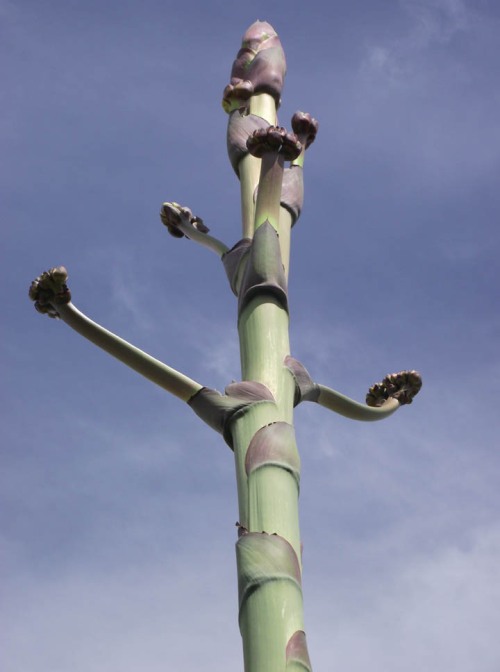 The top of a century agave that looks like a giant asparagus in the spring. They don't really live 100 years, more like 25. After the stalk grows and dies, the plant dies. But the base sends out runners called "pups," so they have a chance at immortality.

The ocotillo (pronounced oco tee' yo) are in bloom too. They're about 20 ft. tall, I had to stand on top of my car to get this pic! 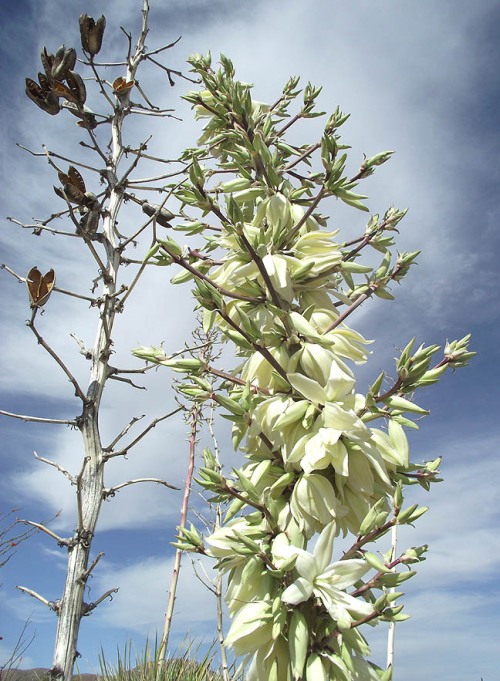 Yuccas are very common here. This plant has last year's stalk and a brand new one beside it. 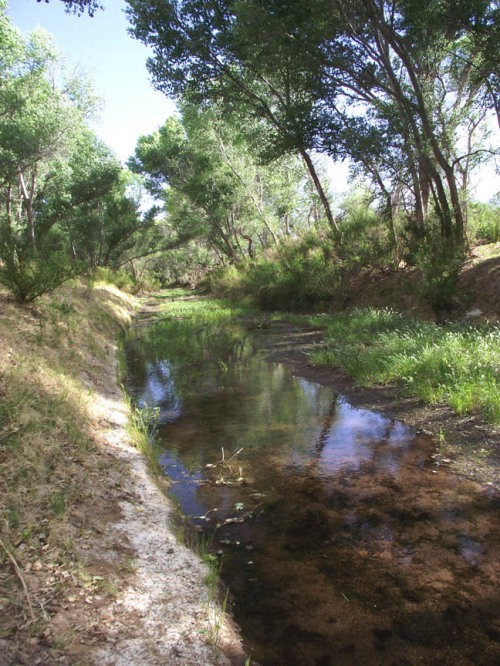 The other day I was craving water. All we have is the San Pedro River, which only swells during monsoon. An earthquake 100 years ago turned this once serious river into a trickle. To think there used to be barges on it during the mining days! 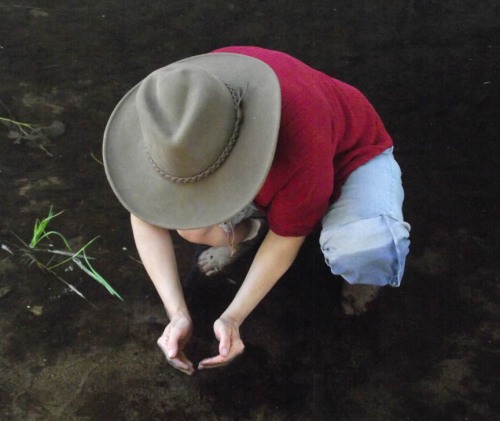 I could barely wait to wade in the "river." I'm trying to catch tadpoles, there were thousands of them. It only takes a small amount of water to bring profuse life to the desert. 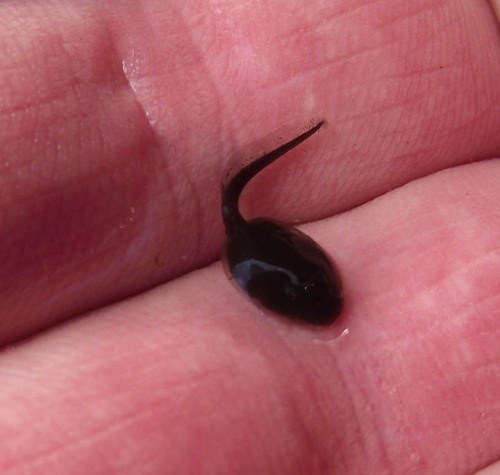 Tadpoles, which turn into frogs, aren't that easy to catch! Most will be eaten though before they reach adulthood.

Saw these perfectly preserved set of raccoon (I think) prints in some mud.